Use your tank and gunship, invite your friends and fire enemy in PvP tank online game!

Are you ready for world war combat? Download it right now.

This is the best multiplayer tank shooting game, and it’s FREE!
Play your tank, choose your side, and load your gun. Clash your enemy, destroy your opponents in fast-paced battles. You will get real-time action in great world war combat.

Challenge your friends, Find new teammates and fire up in this Battle tanks online game.
Prove yourself in online combats as the greatest tanks commander of World War!

Great Tank Shooting Game
Take down as many enemy tanks and make your team win. Play with any mobile device or any tablet.

Defend Your Country
Defend the honor of your country against your enemies. Battle against players all over the world.
Battle Tanks: Legends of World War II – The game world which full of tanks!

Get into battle on the armored vehicles of World War II:
– Immerse yourself in tank battles during World War II, see how to fight and take part in the legendary battles.
– Use light tanks and explore the battlefield as soon as possible, finding the enemy first.
– Play as self-propelled gun’s commander and become the best tank sniper.
– Take heavy tank to become the best in tank battles of the World War battlefield combats.
– Simple controls created specifically for playing online on your mobile device or tablet.

Fight in a team mode with friends for free playing PVP with opponents from around the world.
Play Battle Tanks: an online game from your device: a smartphone or tablet.
Play tanks online, fight on realistic maps, receive legendary vehicles, complete battle tasks and raise your reputation among all other players.
Download now, it’s free! 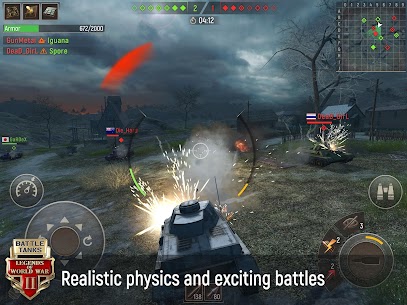 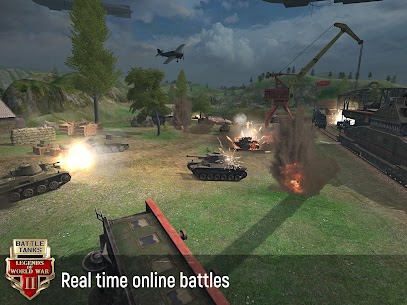 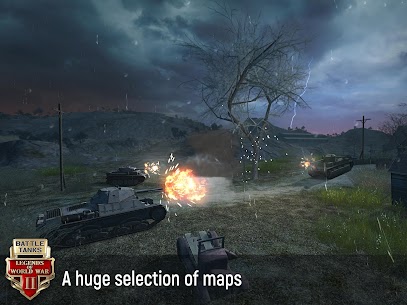 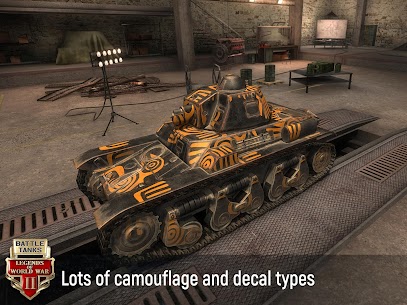