0/5 No votes
Report
Developer
Ludare Group Inc.--
Get it on

Brawlers, mount up! Choose your Beast and get ready to fight in the ultimate real-time online battle arena.

Round up your friends and get ready for an epic multiplayer slugfest! Each Beast Rider controls their own destiny and battles for fans in a highly charged Arena – all in 2 minutes!

Take part in highly competitive, adrenaline fueled Free-For-All and 2v2 battles inspired by MOBA esports – will you become the star of the Arena?

Compete against players from around the world in five different arena game modes:

✦ Arcane Coliseum: Battle against 3 other teams in an 8-player Team Deathmatch! Earn points by destroying crystals while avoiding to get KOed – all Beast can only be used once!

✦ Dark Forest: Explore the map to pick up Orbs while fighting against 3 other opponents. Collect the most Orbs in 2 minutes to win – but be careful not to get KOed!

✦ Ice Cove: Team up with a friend or fellow Clan members in this 2v2 arena battle! Break the Icebergs in the center of the map to find Orbs. Work with you teammate to collect Orbs while battling against the opposing team.

✦ Ring of Fire: Collect orbs that spawn from giant rocks falling from the sky in this dynamic arena – but be careful not to get crushed! Collect the most Orbs in 2 minutes to win.

REAL-TIME MULTIPLAYER ACTION
Prepare for fast-paced & exhilarating 2-minute battles with 3 other Beast Riders. Who knows what strategy they may bring? Jump into an intense brawl with your Beasts and out-battle your enemies to showboat and win fans! Earn promotions through 12 Divisions and unlock new Arenas on your path to become the ultimate champion!

COLLECT LEGENDARY BEASTS
Collect, build, and train your own magnificent collection of Brawlin’ Beasts to take to battle. Learn each Beast’s strengths and weaknesses and unlock new talents to craft your unique playstyle. Master their Active and Passive abilities and choose your Beast carefully as each battle requires a different strategy. Choose from the Dire Hog, Lightning Steed, Emerald Dragon, Colossal Spider, Molten Phoenix, and many more!

COMPETE IN SEASONS WITH CLANS
Form a Clan with fellow Beast Riders and compete for the top of the Leaderboards! Share tips and battle together with fellow Clanmates to earn epic rewards every season!

LIMITED TIME TOURNAMENTS
Compete for rewards and prizes in special limited time tournament events! Each special tournament will have unique sets of rules for players to earn Fame and rank on top of the leaderboards – who knows what types of battles or opponents you will encounter!

SIMPLE CONTROLS – DEEP FUN
With its intuitive and simple controls, players will be in the thick of the action in seconds! It’s simple to clash with opponents, unleash your powerful abilities, use magical potions, and pick up game-changing power-ups. Strike down the leading opponent to become a King Slayer, or go on a rampant KO streak to become LEGENDARY! 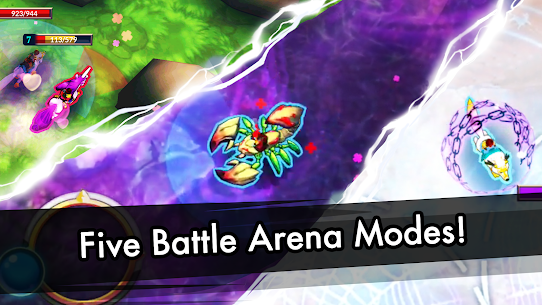 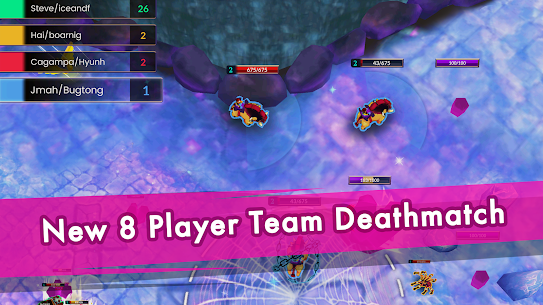 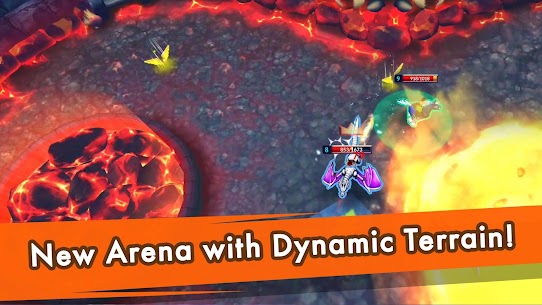 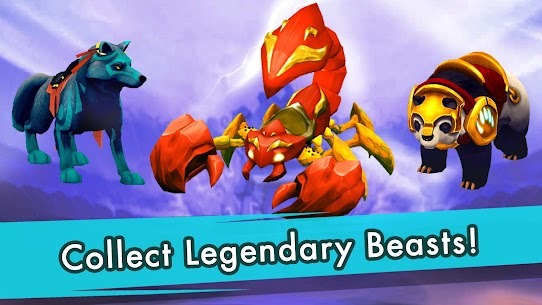 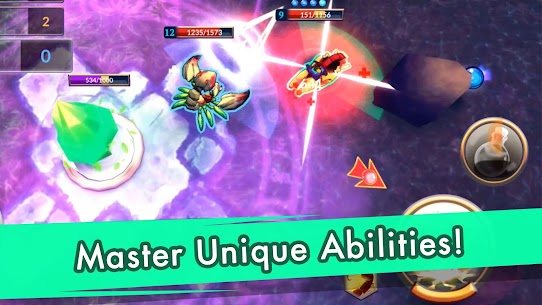