* Five Raiders*
Your team consists of a Warrior, Mage, Priest, Archer and an Assassin. Use the right gear and skills to create the best team!

* Defeat powerful Bosses *
The main goal in Soulbound Raiders is to go raiding and to defeat powerful bosses. As the difficulty of the bosses increases, you’ll get better rewards to improve your team even further!

* Idle grinding *
Don’t waste your time grinding low level monsters: your raiders will collect gold, exp and crafting materials while you are offline! You can unlock better grinding zones by completing achievements.

* Crafting *
The best equipment in Soulbound Raiders can be obtained by crafting in the Blacksmith. Use your collected materials and gold to create godlike weapons!

* Unique skill system *
In Soulbound Raiders there are many skills to be found which you can use to configure your team as you like. Will you go full DPS on all of your raiders, or will you use support skills to gain the advantage in battle?

* Master of Puppets *
Your raiders will try their best to defeat the bosses themselves, but you can aid them with a variety of consumables. Use scrolls to buff them or use healing potions when their health is low. Consumables are also upgradeable!

* Play offline or online *
Most of the content is available when you’re offline, but for time-dependent features like collecting loot from grinding you’ll need an internet connection. 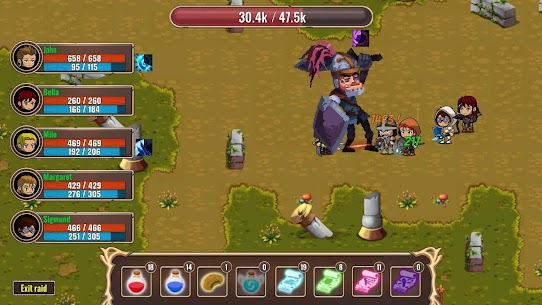 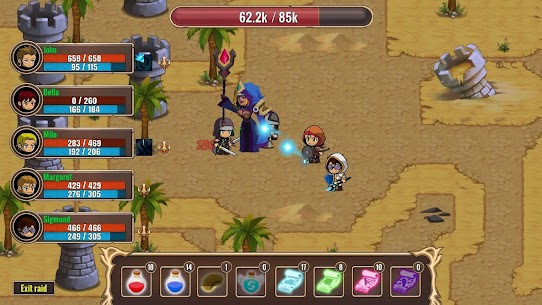 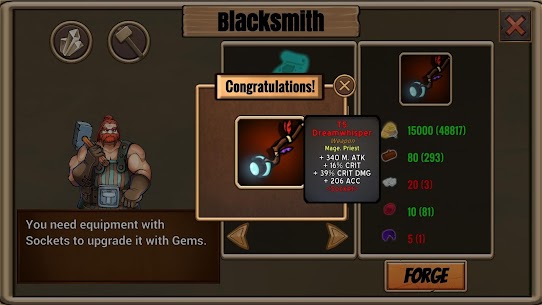 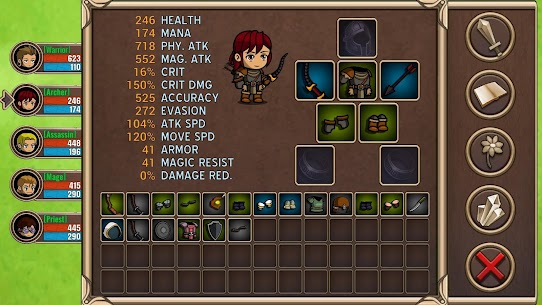 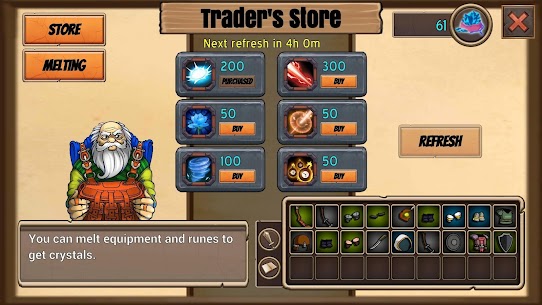